A few weeks ago the Swedish post-punk band Beverly Kills told us in “Durchgehört” all the background information about their current EP “Elegance in a State of Crisis”. But since this was not enough for us, we also asked 5 questions to Beverly Kills. The questions were inspired by the song titles of their EP (which is also the reason why we snuck in a sixth question).

What’s the most divine place you’ve ever been?

ALMA: I have to say Bjørke, in Norway. We were there for the Indiefjord festival last year, and the mountains up there were so dramatic.

HAMPUS: Yeah, I have to say Bjørke as well.

VIGGO: We went to a really beautiful cathedral in Hamburg too. That was pretty divine.

HAMPUS: If we’re talking about divinity in that sense, I’d have to add my experience from a church in… Can’t remember if it was Rome or Madrid, but the church had an elevator where you could go to the top floor in one of the towers. It was at least 20 stories high. I think that’s when my fear of heights started, because I almost fainted when we got up there.

ALMA: Can’t remember if I’ve ever been to a church like that. We went to something like that with your dad, right John?

JOHN: Yeah, that was going to be my answer. The Kölner Dom in Cologne. Wherever you go in the city centre, you’ll always see the Kölner Dom on the horizon. Kind of leaning over you, almost like it’s about to fall if you stare at it for too long.

JOHN: But beside all of the churches I have to agree with Bjørke being the most divine place I’ve been to. Staring out of the windows in the morning, watching all of the clouds scatter from the mountain peaks and seeing the clear blue sky behind them. That was something else.

What was your best, worst, funniest or embarrassing New Year’s Eve moment?

HAMPUS: We spent last New Year’s Eve together, and Alma had this little ceremonial thing were we poured stearine into cold water that turns into forms and shapes. Everyone got to interpret their own shape and got to say what they thought it looked like, and we had an iconology book where we looked up what all the shapes meant, and how that would affect us in 2020. My stearine shape looked like a bird, which meant something like… Reaching a new spiritual level in life, or something. I thought that was pretty cool.

ALMA: New Year’s Eve three years ago was really hectic. Like an episode of How I Met Your Mother. John and I had made too many plans so we bounced around different parties (one of them was Viggo and Hampus’) and we thought we were going to spend 12am on a tram stuck in traffic.

JOHN: We were supposed to be at a friend’s place (who also plays in the brilliant bands I Love Your Lifestyle and Trachimbrod) at midnight, but we were at the closest tram stop 11:55 so we had to run. We were let in through the door 11:58, in the elevator 11:59, and then the fireworks started blasting as soon as we got out to the balcony at 12:00. A very cinematic moment.

JOHN: I think last year was my best New Year’s Eve. We had a really good time hanging out with our friends. Seeing the fireworks from up on Skansen Kronan with you guys was really cool.

To which commercial would you like to contribute one of your songs and why?

ALMA: Well, the lyrics to I Dreamt in Commercials were inspired by a car commercial to I guess that’s a good answer.

VIGGO: If we’re ever in a TV commercial I’d like it to be a big one. Like one of those multi-million Superbowl commercials.

Do you like to play video games? If yes, which games on which console?

VIGGO: I like to play Duck Game on PC, like the rest of the band does. I think I can safely say that we could win over any other band in that game. If anyone wants to challenge us. We’re always down to duck.

JOHN: As the rest of us, I grew up constantly playing video games. But the more I started playing music, I had less time for video games. But the last time I actually made time for a video game was when Alma and I got The Legend of Zelda: Breath of the Wild for our Wii U. I became really obsessed with it. As soon as I walked through the door whenever I came home from the university, I ran to the Wii U as fast as possible. That hasn’t happened to me since elementary school.

ALMA: I’ve mostly played the Tomb Raider series growing up. My dad starting playing Angel of Darkness with me when I was 11, and it was really scary. But I still powered through and played it, and all of the other Tomb Raider games that came after. Right now, John and I are playing Ecco the Dolphin on Steam. Mostly for the cozy soundtrack.

JOHN: We play a lot of video games whenever we’re at Hampus’ place. That’s how we get our big video game fix. It’s been a lot of Nippon Marathon, MicroMachines v4, Unrailed, Overcooked 2, Crawl…

HAMPUS: We play a bit of Super Smash Bros. Ultimate. I also have a PS4 that just gathers dust nowadays.

ALMA: You play a lot of Pokémon Go, John.

JOHN: Yeah, I play an embarrassing amount of it every day.

Would you rather have 6 sisters or 6 brothers?

HAMPUS: But would you like to have three more bros in the band?

ALMA: That would be sick.

JOHN: I have no experience of having either a sister or a brother, but I have a stepbrother in Germany. And I’m quite fond of him, so I guess I’ll pick the most logical answer and say 6 brothers.

VIGGO: I’m the one with least experience of having siblings – I don’t have any stepbrothers or stepsisters or anything.

HAMPUS: 6 brothers would be too much testosterone for me.

ALMA: From my experience of having a sister, and being the older sister, you steal a lot of clothes from each other. So if I had 6 sisters I’d never have any clothes to myself.

VIGGO: Assuming that you’re the middle child, you’re going to have three younger siblings too. And they’re going to be really annoying, always asking if they can borrow my phone to play games.

What fairy tales did your parents read to you when you were younger? Which ones did you like or dislike?

HAMPUS: I think I read most books by myself when I was younger since I learned to read pretty early. But before I went to bed, I remember that my dad and I read Garfield. They might have read Harry Potter to me.

VIGGO: The Tale of Peter Rabbit is really good. My parents read Runtle the Pig to me as well, I remembered enjoying that a lot.

ALMA: What’s the one I always talk about? Goodbye, Mr. Muffin! My parents didn’t read it to me but I saw a theatre version of it when I was a kid. After the show they handed out a copy of the book and a postcard with the cover art on it that my parents hung up in the kitchen. So it’s been with me a long time. And I could relate a lot to the story since I had rabbits at the time.
John: My parents read a lot of Pettson and Findus to me, from what I can remember. 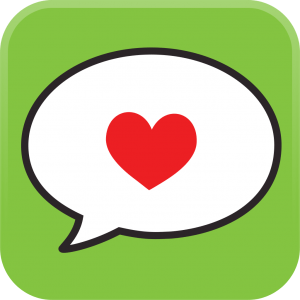